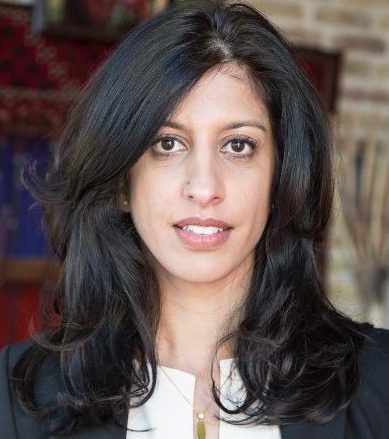 Sherizaan Minwalla is a human rights lawyer and researcher who has been based in Iraq for more than a decade. She has worked closely with the Yazidi community and survivors since the 2014 genocide.

In one of the scenes of Sabaya, a woman who was just rescued … was pressured to remove her face covering in order to confront a female ISIS member … Legally, the filmmakers may be correct … she … consented … Yet beyond bare minimum legal requirements, the film raises serious ethical questions.

[In] Voices of Yazidi Women … 90% said it was a problem when the media exposed their identities….

Telling stories about sexual violence and other forms of gender-based violence in conflict zones presents unique concerns about survivors, who may face and retaliation and rejection, stigma and shame, and emotional and psychological revictimization.

The fact that some of the women portrayed in Sabaya said they did not give their consent is a clear indication that a more comprehensive ethical approach is needed when documenting sexual violence and other sensitive topics. This current debate about the ethics of consent provides an opportunity to listen to the voices of the survivors in an effort to reform the current minimum standards that are exposing them to risk.

After a New York Times article revealed that several Yazidi female survivors of sexual violence and genocide portrayed in the documentary film Sabaya did not consent to being in the film, the filmmakers responded and rejected those claims, stating they followed Swedish consent law and obtained legal consent. Sabaya documents heroic efforts by Yazidis with few resources to rescue women and children who were abducted in August 2014 by ISIS. While it is difficult to determine an exact number, estimates are that as many as 250 are being held as slaves and abused in Al-Hol Camp in Northern Syria by families affiliated with ISIS.

In one of the scenes of Sabaya, a woman who was just rescued from Al-Hol Camp after five years in captivity was pressured to remove her face covering in order to confront a female ISIS member suspected of enslaving women and girls. Legally, the filmmakers may be correct if at any point before showing the film, she and the other women consented, because the law only seems to require that agreement be obtained verbally, in writing, or filmed before the film’s distribution.

Yet beyond bare minimum legal requirements, the film raises serious ethical questions about whether the women were provided with the necessary information in advance, in a language they understood, with proper context, and without any undue pressures so they could make an informed decision about what they were agreeing to, including a discussion of how the film may expose them to risk.

Human rights experts, advocates, filmmakers, and mental health professionals have flagged concerns about how the media has reported on conflict-related sexual violence following the Yazidi genocide. In 2016, my colleague Dr. Johanna Foster and I published Voices of Yazidi Women, in which we explored the perspectives of 26 Yazidi women, including survivors of sexual enslavement.

We found significant ethical violations, including pressuring female survivors to talk to journalists, as well as questions about rape and enslavement that triggered extreme emotional distress. Of the female survivors, 90% said it was a problem when the media exposed their identities, including names, faces, tattoos, or clothing, because of negative consequences.

In the aftermath of such egregious violations of how Yazidi survivors were treated, a number of guidelines addressing conflict-related sexual violence were developed. The Global Code of Conduct for Investigating and Documenting Conflict-Related Sexual Violence (the “Murad code,” after Nadia Murad), captures minimum standards for documenting such violence in a survivor-centric manner and can be used by documentary filmmakers and journalists. The Dart Centre Europe created Reporting on Sexual Violence in Conflict, a set of eight key principles developed with guidance and input from survivors, advocates, researchers, print journalists, photojournalists, editors, filmmakers, and broadcasters.

Survivors speaking to the New York Times about Sabaya suggest that several ethical violations arose when documenting the rescues of women held captive by ISIS, including a failure to obtain informed consent, disclosing their identities that could put them at risk, and interviewing them about traumatic details involving sexual violence and enslavement without mental health services available. In Al-Hol and in the “safehouse” in Syria, these women and children were not safe due to the constant presence of ISIS as survivors waited to return to their families. In one scene, ISIS set fire to the fields near the safehouse in response to rescue efforts.

Telling stories about sexual violence and other forms of gender-based violence in conflict zones presents unique concerns about survivors, who may face retaliation and rejection, stigma and shame, and emotional and psychological revictimization. The medium for narrating stories – written, audio interviews, or documentaries – is not relevant. What matters is that there are people involved whose very safety is being compromised in order to tell a dramatic, sensationalist story, ostensibly to help those very people, while trauma-informed, survivor-centered, or gender-sensitive approaches are being disregarded.

To ethically document a story involving sexual assault survivors, the filmmakers should have obtained meaningful informed consent in advance of filming, if in fact that was even possible in a conflict zone. Consent should be given by a person who has capacity, it should be voluntary, and it should provide material information to allow the person to decide whether or not to agree to be included. Capacity refers to the ability to understand what the person is being asked to do and evaluate the risks and benefits. Narrowly speaking, consent is assumed when a person is an adult. However in this context, one would consider whether a person who was just released from captivity has the ability to meaningfully evaluate these factors. Given these conditions, a full and frank conversation prior to filming should give all relevant information about the film and the rights of the survivors. Additionally, the consent process should be revisited to allow someone to change her or his mind during and after shooting.

Informed consent is a conversation that involves an ongoing relationship, centering the safety, legal rights, rehabilitation, and integrity of the survivors. This process can reduce the likelihood of undue pressure and intrusive filming without permission. Ethically-obtained, informed consent can empower survivors to regain control over their lives and bodies in unique ways. However, the well-being of survivors cannot be compromised in the telling of their traumatic stories.

In many dramatic scenes in Sabaya, it could not have been possible to obtain consent beforehand, giving survivors the only option to consent after the fact. The survivors found themselves in a coercive situation, where those who rescued them were closely affiliated with the filmmaker who resided at the safehouse. After capturing their rescues without their permission, the filmmaker interviewed the survivors at this safehouse in Syria where they may have felt obligated to “agree” as a result of being rescued.

In one scene, a survivor is forcibly separated from her child born in captivity as she prepares to return to her family, because children born of war are not accepted back into the Yazidi community and the women who choose to keep their children are also rejected. I would question whether she was able to refuse being filmed, and whether there was a conversation about the potential risks of her inclusion in the film since she did not want to give up her child.

The fact that some of the women portrayed in Sabaya said they did not give their consent is a clear indication that a more comprehensive ethical approach is needed when documenting sexual violence and other sensitive topics. This current debate about the ethics of consent provides an opportunity to listen to the voices of the survivors in an effort to reform the current minimum standards that are exposing them to risk. We can all continue to share and learn from our experiences. I hope the Sabaya filmmakers can contribute to this important conversation.